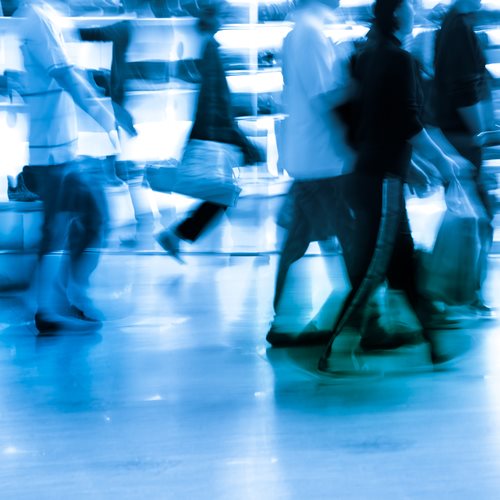 Women in China wore what looked like giant underwear, emblazoned with a universal “no” symbol around the Chinese word for “exam.”  The protest, against China's government, revolves around an employment requirement that many say is invasive and some have claimed is illegal.

Both women and men in the United States often need to submit to brief physical examinations before employment.  However, in China, a practice has recently been called into question that requires young women to submit to gynecological examinations in order to enter positions in government.

Protests have begun in several cities, including Wuhan, because of a practice that the Chinese government has implemented in a way that female workers say is unfair.  While men are not required to have any kind of invasive medical examination before being allowed to take civil service jobs, women must have an exam that checks for tumors and sexually transmitted infections.  Women must also answer questions about their menstrual history that women say are invasive and have nothing to do with their qualifications as civil servants.

Women have consistently been discriminated against in the Chinese labor force, but protests have recently begun in which women have made a stand for greater privacy rights and equality under the law.

Out of China's over 1.1 billion people,  just over a million apply for government jobs.  Because only 21,000 government jobs will need filled during the current year, this means that not even two percent of applicants will get the job they are looking for.

The protests come on the heels of the revelation that a Communist Party district chief in Chongquing was allowing contractors to win projects in exchange for sending female employees to sleep with the party chief.

While the Chinese government insists that the rules requiring examinations are simply to make sure that women do not have cancer or sexually transmitted diseases, workers contend that this is not a good enough reason to have the examination.  According to them, since their job roles will not require any contact of a type that could spread sexually transmitted diseases, this information is irrelevant to their future employer and could damage their reputation.

China's official policies regarding employment discrimination may in fact be in conflict with these provisions. The women in the protest movement hope to have the exam requirement found illegal under current labor policies that apply nationwide.