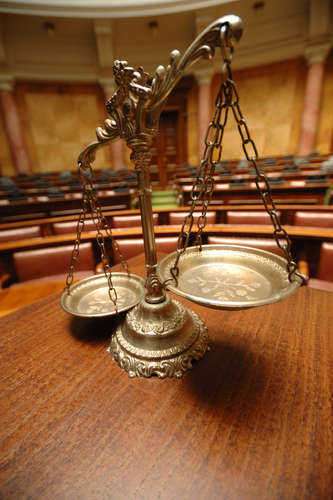 American workers have had the ability to sue for harassment based on race or gender for decades now.  However, questions remain about how much culpability employers can have for the conduct of the employees working for them.  A new court case, Vance v. Ball State University, will put these questions to the test in next year's Supreme Court docket.  If the lower court rulings are affirmed, it could become significantly harder for women and racial minorities to sue their employers for harassment.

Maetta Vance, a black woman, began to work at Ball State University in Indiana in 1989.  She worked in the dining services department as a substitute server, and was the only black person who worked in the department at that time.

Vance started being treated differently from other employees when a new supervisor was employed by the university.  While this was not the person with hiring and firing authority over Vance, the supervisor, Bill Kimes, was in charge of regulating her day to day conduct on the job.  He treated her unfairly, treating other employees to lunch but only when Vance wasn't there, and giving her “the cold shoulder.”

In 2005, this treatment escalated into outright racial harassment.  Racial epithets were hurled at Vance by her co-workers, who also stared at her for extended periods of time.  One co-worker also openly discussed her family's association with the Ku Klux Klan.  She was disciplined by a supervisor with a written warning.

The racial harassment continued for some time, and involved repeated derogatory terms.  Vance sued, also alleging that Ball State had discriminated against her for speaking out by forcing her to do menial kitchen tasks when she was trained to be able to handle significantly more complex tasks.

At the trial court level, the judge ruled that Ball State had taken appropriate corrective action with its employees, and that the university could not be held liable for its employees conduct if the employee was not a direct supervisor.  While Kimes was the supervisor of Vance's day to day activities, the court ruled that under the law, only conduct by a supervisor with hiring and firing authority could be used as justification for a judgment against the school.

The appeals court affirmed this decision, also ruling that there was not sufficient evidence that Ball State had retaliated against Vance when it assigned her different job duties.

The case will be heard by the Supreme Court during the 2013 season, and it stands to be an interesting one: three other circuit courts have ruled that employees may collect in a harassment action against their employer even if the person responsible for the harassment was not a supervisor with direct hiring and firing authority.

When the Supreme Court rules on this case, judicial onlookers will have a better idea of how this court intends to handle racial and sexual harassment lawsuits.  Due to the sharp ideological divisions in the court currently, opinions are divided as to how the court will likely rule in Vance v. Ball State.