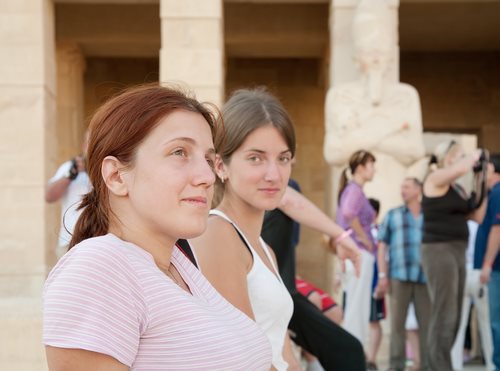 According to Amnesty International, women's rights and people advocating for minority religious groups in Egypt are unhappy with a new proposed constitution.  The new laws, if enacted, would significantly limit freedoms in the country, which has recently been torn apart by revolution and uncertainty about what form the new government should take.

One of the biggest changes that some women's rights groups wanted to see was an end to child labor.  However, many opposition political parties that were opposed to rules for the new governing assembly of Egypt boycotted the assembly to draft a constitution.  The leaders of those parties claim that the assembly is not representative of Egyptian society, and say that the people of Egypt will not accept the constitution in its current form.

Only seven women were part of the new 100 seat Egyptian assembly when it started.  However, after protests led to even more parties boycotting the assembly, most women have left the assembly.  According to the United Nations and Amnesty International, women are discussed only in the context of home and the family.

A State Department spokesperson in the United States said in a press statement that the proposed constitutional changes “raise concerns for many Egyptians and for the international community.”  The White House has so far refused to intervene on behalf of the groups who feel they have been unfairly treated by the new proposals.

In addition to women's rights groups, a number of minority faiths are upset over a provision that allows for only three religious faiths in Egypt: Muslim, Christian, and Jewish.  Other religious groups, including the Baha'i, are excluded from the list of approved religions, and the constitution may also prohibit some types of Muslim practice.

One of the reasons these constitutional changes have been so unwelcome for many Egyptians is that the “Arab Spring” uprisings that gave rise to the new governmental negotiations was largely caused by groups who felt that the nation had not done enough to protect human rights.  The new constitution also continues to allow trying civilians in military courts, a practice vehemently opposed to many who participated in the Arab Spring revolts.

The one bright spot for women in the new constitutional changes is that a provision forcing women's issues to be decided solely on the basis of Islamic law was discarded.  Excitement over the removal of this provision was short-lived, however, as Egyptian women discovered the new draft had also removed protections for discrimination on the basis of sex that had been proposed in earlier drafts.

According to the U.S. State Department, the “constitutional vacuum” in Egypt has created instability that “can only be resolved by the adoption of a constitution that … respects fundamental freedoms, individual rights, and the rule of law consistent with Egypt's international commitments.”  The State Department encouraged Egyptian leaders to meet with opposition leaders to come to an agreement among all parties.

Read This For A Quick Overview of Minor Laws