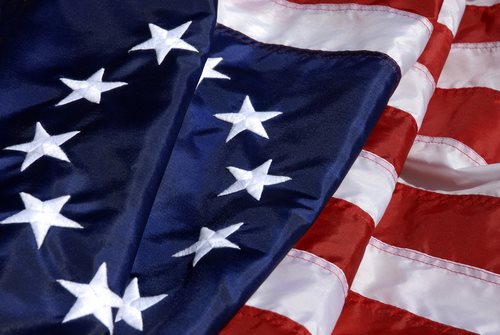 What was the the Kansas-Nebraska Act ?

The territory of Kansas comprised the land west of the Missouri border to the summit of the Rocky Mountains in what are now the States of Kansas and most of Colorado.  The territory of Nebraska consisted of the area north of Kansas to the Canadian border and west to the great divide.

In order to make this happen the transcontinental railroad would have to take a northern route, putting it through, what was then, the Nebraska Territory.  His proposal was to organize the territory of Nebraska to bring it under civil control and populate the area which was, at this point in time, frontier land subject to attacks by Native Americans.  In Douglas's view, manifest destiny required the removal of those members of the population who were deemed to be deviant and violent, meaning Native Americans.  The way to accomplish this goal was to create an incentive for individuals to establish communities and drive out the former inhabitants.

The proposal did not fare well among the southern population.  The southern States argued that The Missouri Compromise of 1820 outlawed slavery above the 36th latitude and therefore the Nebraska Territory would become a free territory.

The Missouri Compromise of 1820 came about over the admission of Maine and Missouri as States in the Union.  After debate in Congress it was decided that Maine would be admitted as a Free State and Missouri a slave State.  In addition it was ruled that the slavery issue in all other territories west of Missouri would be decided on a geographic level.  All those lands north of the 36th parallel would be Free States and that south of that line would be slaves States.  The Missouri Compromise was amended in 1850 with the annexation of Texas.  The revised version, The Missouri Compromise of 1850 would make California a free State, Texas a slave State and the slaver issue in Utah and New Mexico territories would be decided by popular sovereignty.

For fear that the territories would eventually become States and ultimately create an imbalance in Congress over the slavery issue, the south argued against the Act.  In order to quell southern dissent, and garner support for the bill, Douglas proposed a compromise.

The compromise entailed the division of the Nebraska Territory into two distinct territories, the Nebraska Territory and the Kansas Territory.  In both territories the settlers were to vote on whether they would allow slavery in the territory.  Although it was never repealed, the Act ignored parameters of The Missouri Compromise of 1820 and helped bring the Civil War closer than ever.

Results of the Kansas-Nebraska Act

Upon the Kansas-Nebraska Act's enactment in May of 1854 it was already highly controversial and condemned by the Northern States.  It was considered a complete affront to the Missouri Compromise of 1820 and was considered a betrayal by their own Senator.  The Kansas-Nebraska Act was also condemned by northerners because there was never a question as to whether the Nebraska Territory, before the Kansas-Nebraska Act, would become a free or slave territory.  Most of the territory was situated so far north that even the need for slaves was lacking.  Aside from the part of the territory that now comprises Nebraska and Kansas, there was little thought that the area would become a highly intense agricultural area demanding the use of slave labor.

The response to the Kansas-Nebraska act was nothing more than a rush to settle the Kansas Territory.  Where the decision on slavery was going to come to a popular vote, it was important for both the North and the South to settle the territory as much as possible to insure favorable results.

In a rush to settle the Kansas Territory, northerners from New England and other anti-slavery areas began to rush into the territory to settle the region.  A group of anti-slavery activists estimated at 1200 individuals entered Kansas in July of 1854 and established the city of Lawrence which was to be the focal point of the anti-slavery movement in Kansas.

Upon hearing of the influx of up to 20,000 northern ant-slavery supporters into Kansas a surge of individuals from the southern States began to converge on the territory.  In November of 1854 thousands of southerners, mostly from the Missouri border just to the east, converged on Kansas, armed with firearms in an attempt to vote on slavery's behalf.  This resulted in almost half of the votes that were cast in the territorial election of 1854 being cast by those who were actual resident.  The vote resulted in pro-slavery advocates having won the election.  However, because of the blatant and obvious voter fraud associated with the election, the results were nullified and another election was held.

Upon the victory of the pro-slavery faction in the election of 1855 the First Kansas Territorial Legislature enacted a number of laws, commonly known as the bogus laws.  These laws were highly discriminatory towards anti-slavery persons living within the Kansas Territory.

The "bogus laws", as they were called because northerners felt that they had; and rightly so, stolen the election, adopted the statutes of Missouri as the law in Kansas.  The Kansas Territorial Legislature also adopted what are known as the "black laws." The black laws were enacted in order to "punish offenses against slave property." The "offenses" included: aiding or assisting decoying a slave punishable, by death; raising or insurrection among slaves, punishable by death; printing or publishing any document calculated to produce "dangerous disaffection" among slaves, punishable by 5 years of hard labor; and even speaking or writing about the condemnation of slavery, punishable by 2 years of hard labor.

The result of the establishment of the Kansas Territory as a pro-slavery territory combined with the enactment of the "bogus laws" resulted in a powder keg of violence.  In May of 1856 a group of 800 men attacked the pro-slavery capitol of Lawrence, Kansas.  The mob burned buildings, destroyed the newspaper offices and In May 1856, an 800-man "posse" made up of border ruffians from Missouri sacked Lawrence, wrecking the newspaper offices and the Governor's residence.  In response the abolitionist, John Brown; who would be immortalized in the Harpers Ferry massacre, and four of his sons abducted five pro-slavery settlers and murdered them within the view of their families.  Overall, the ongoing skirmishes associated with "bleeding Kansas" resulted in the deaths of 200 individuals.

In Congress there was the same amount of civility.  The Kansas problem had caused anger between the representatives of both sides and after one speech given by Senator Charles Sumner, where he ridiculed southern congressmen of cavorting with "the harlot, slavery", was bludgeoned with a cane by Congressman Preston Brooks.

In the infamous Lincoln Douglas debates of 1858, which propelled Lincoln to the presidency, the issue of slavery was the main topic at hand.  Lincoln used the example of the Kansas-Nebraska Act and the resulting "bleeding Kansas" as stepping stone to stress the point about the spread of slavery.  Where Lincoln did not condemn slavery, at least not vocally at this point, he did take not to mention, with "bleeding Kansas" as an example, that the idea of slavery is so strong in the ideals of those who want it that they will go to far reaches to insure it dominion.  Lincoln noted that slavery must be checked because otherwise it would encompass the entire country.

Kansas as a Free State

Due to the overwhelming violence and obvious voter fraud associated with the Kansas-Nebraska Act the decision was finally made to admit Kansas as Free State in the Union.  The pro-slavery faction of Congress condemned the decision claiming, among other things, that it went against the elections that were held to decide the matter.  Congress stalled and Kansas was not admitted to the Union until 1861 when the southern States began to secede from the Union.

To read the Kansas-Nebraska Act please go to https://www.ourdocuments.gov/doc.php?flash=true&doc=28&page=transcript