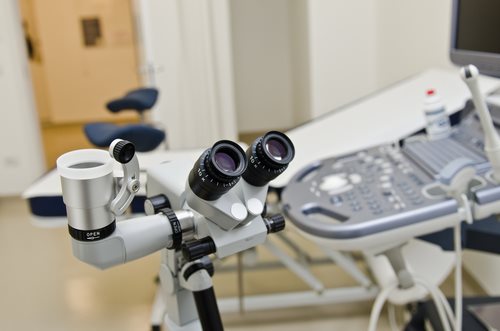 The first case to be ruled on in the new Supreme Court session this October was Lefemine v. Wideman.  The case involves a Christian activist group that is involved in anti-abortion protests.  Lefemine, as a member of this group, displayed graphic posters featuring images of aborted fetuses while protesting abortions in South Carolina.

In 2005, the group, Columbia Christians for Life, was protesting at a major intersection.  Local residents were angered by the graphic displays, and called the police department to complain.  Greenwood County police arrived on the scene and asked the protesters to remove the signs or be cited.  Because the protesters did not want to risk getting a ticket, they peacefully disbanded the protest.

Both the district and appeals court held that Lefemine's rights had indeed been violated by the police department, and gave the requested injunction against the police department. The Supreme Court case involved one major detail that had been left unresolved: attorney's fees.

While the Fourth Circuit Court of Appeals did decide the case in Lefemine's favor, they stopped short of allowing him to collect attorney fees from the police department.  Lefemine appealed the case to the Supreme Court of the United States, asking for the fees to be paid.

The court traditionally awards attorney's fees when someone has prevailed in a case.  However, both the district and circuit courts hearing the case considered Lefemine not to have “prevailed” because he was awarded only an injunction against future illegal behavior, rather than any damages.

The Supreme Court disagreed with the appeals court's assessment of this situation, ruling that in a lawsuit, a party prevails when their relative positions change because of the resolution to the lawsuit.  Because Lefemine had already been told by the police department that they would cite him for breach of the peace for his signage if he continued to use it, and because after the injunction this would no longer occur, Lefemine had prevailed.

The Supreme Court reversed the decision made regarding attorney fees in the case.  However, they also noted that the law makes an exception on the attorney fees rule for cases in which “special circumstances would render such an award unjust.”  Neither the police department's attorneys nor Lefemine's had made note of any such circumstances in their petition to the Court, so this decision was sent back to the Fourth Circuit Court of Appeals to make a ruling on.

This case has relevance not only to anti-abortion protesters but also to any demonstrators seeking attorney fees for their lawsuits.  The ruling may make it significantly easier for groups to sue when they believe their right to assemble or protest has been violated by law enforcement.

What You Need to Know About Discrimination